What are you reading now?

I know for me, I have a stack of books that I want to read.....what books are in your stack to read?

Permalink Reply by Eikthyrnir Odinson on February 3, 2018 at 5:16pm

So my books are all in French you know.

Now i read one on the "Viking" into Normandy.

In this book there are all the history of the Vikings in Brittany and Normandy. 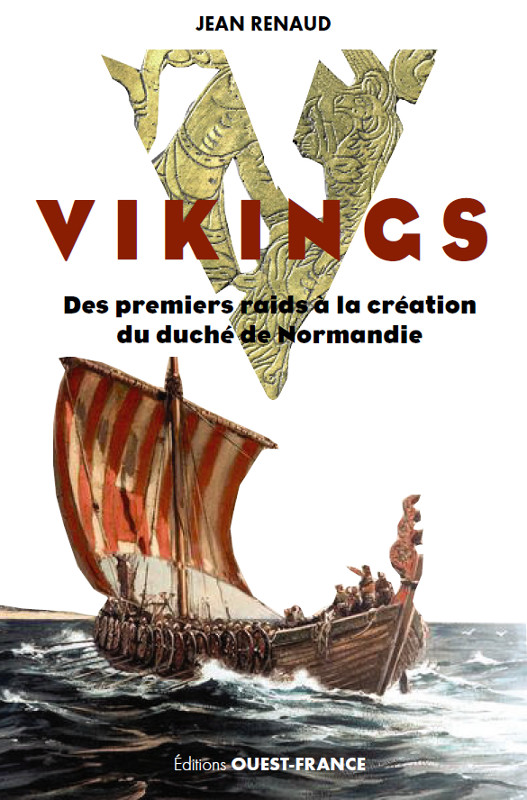 The book sounds so interesting...you'll have to tell more about it as you read...

Permalink Reply by Eikthyrnir Odinson on February 3, 2018 at 8:20pm

Yes We learn full of things inside on the battles between Alain Barbetore and the Vikings,

Alain Barbetore was a duke of Brittany nicknamed in Breton "Al Louarn" (The fox) He was a count of Poher then the first duke of Brittany from 936 to 952. Poher it's a land near Carhaix. The town of Carhaix was a Viking colony, they were other place here visited by them. I visited Landévennec. which used to them has a harbor.

Around Alain Barbetore, He became the leader of the Vikings of Brittany has Nantes after a battle. so the autors don't tell more around the last name of this duck because i think isn't his really name ? "Barbetore" sound strange because  in French "Barbe" it's Beard and "Tore" that's look like "Thor" (pronounced in French) may be he called himself like that with regard to Vikings who lived has Nantes? I don't know Barbetore "Thorbeard"??? It's strange. He lived to St Pol de Léon and  Carhaix then finished his life has Nantes with the Vikings trader who there sound to stay until the creation of the duchy of Normandy by king of France, and  it is made buried to Nantes after its death.

In this book we learning alos  Leif Erikson, one of Eric the Red's sons  based a camp and probably more a colony on the isle of Groix, because we find graves with  Viking and Celtic elements inside.

they are also information around the Norse language into Normandy, the name of places and towns, are for origin some Norse words. Like Rùda = Rouen, or Holbeck = Robec or Dalbekkseter = Daubec du pays de Caux

in Brittany they are a last name Abwutan (Wotenson), "Ab-" it's "son" in Breton, that look like more "Mac-" from the Gaelic last name, and Thorib or Thorbil the both come from "Thor". I read it one the War-Monuments of the first war world.

It is very interesting this book I have no again stopped reading it...

I don't know if

This is interesting...sounds so exciting....

Permalink Reply by Eikthyrnir Odinson on February 4, 2018 at 1:36pm

Yes. But i don't know if this book shall be translated in English. Sometimes the Publishing house "Ouest-France" doing a tranlation on some book in English because they are a lot of English peoples who live in France. But this book i don't know. Usually  it is cookbooks or touristic books. Sometimes around the Legend of Brittany. I seen that in a shop of Quimper.

Permalink Reply by Eikthyrnir Odinson on February 7, 2018 at 6:21am

Yes It's a good book.