THE DAWN OF THE HORROR TALE 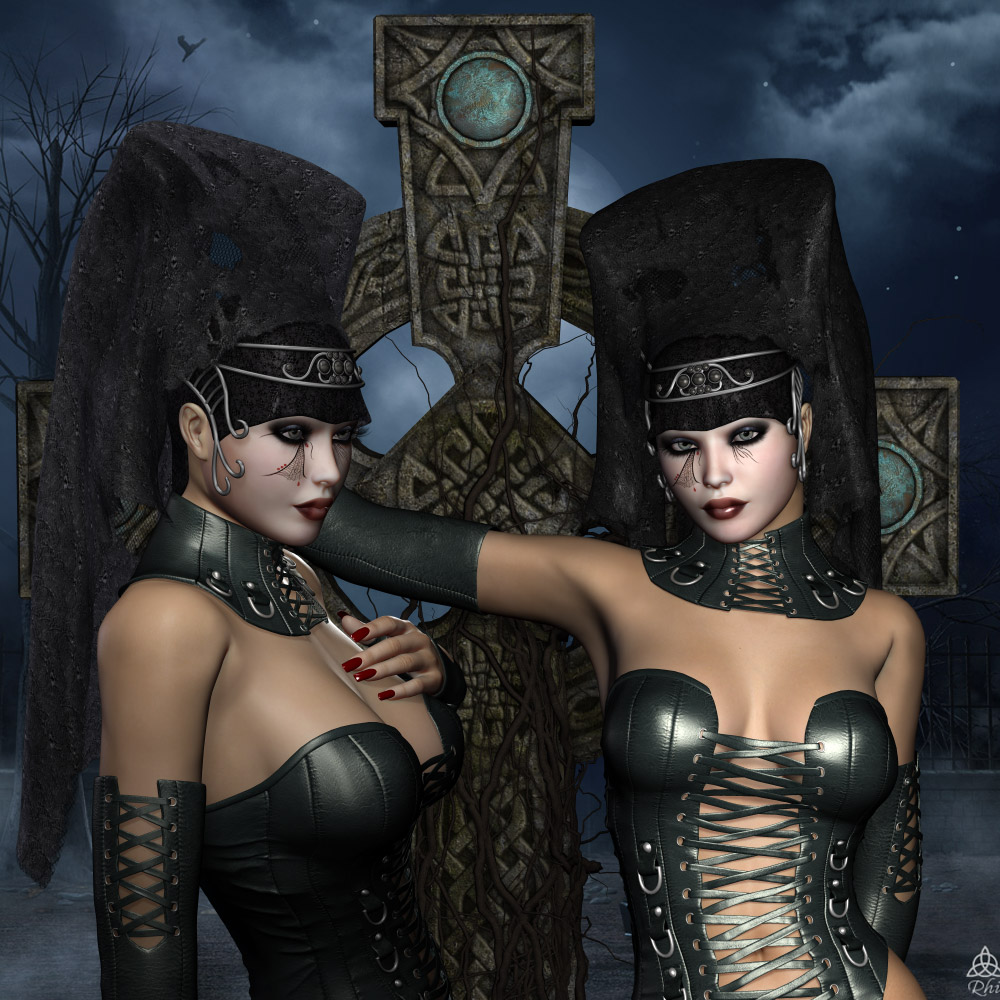 THE DAWN OF THE HORROR TALE

As may naturally be expected of a form so closely connected with primal emotion, the horror-tale is as old as human thought and speech themselves.

Cosmic terror appears as an ingredient of the earliest folklore of all races, and is crystallized in the most archaic ballads, chronicles, and sacred writings. It was, indeed, a prominent feature of the elaborate ceremonial magic, with its rituals for the evocation of dæmons and specters, which flourished from prehistoric times, and which reached its highest development in Egypt and the Semitic nations. Fragments like the Book of Enoch and the Claviculae of Solomon well illustrate the power of the weird over the ancient Eastern mind, and upon such things were based enduring systems and traditions whose echoes extend obscurely even to the present time. Touches of this transcendental fear are seen in classic literature, and there is evidence of its still greater emphasis in a ballad literature which paralleled the classic stream but vanished for lack of a written medium. The Middle Ages, steeped in fanciful darkness, gave it an enormous impulse toward expression; and East and West alike were busy preserving and amplifying the dark heritage, both of random folklore and of academically formulated magic and cabalism, which had descended to them. Witch, werewolf, vampire, and ghoul brooded ominously on the lips of bard and grandam, and needed but little encouragement to take the final step across the boundary that divides the chanted tale or song from the formal literary composition. In the Orient, the weird tale tended to assume a gorgeous coloring and sprightliness which almost transmuted it into sheer phantasy. In the West, where the mystical Teuton had come down from his black boreal forests and the Celt remembered strange sacrifices in Druidic groves, it assumed a terrible intensity and convincing seriousness of atmosphere which doubled the force of its half-told, half-hinted horrors.

Much of the power of Western horror-lore was undoubtedly due to the hidden but often suspected presence of a hideous cult of nocturnal worshipers whose strange customs—descended from pre-Aryan and pre-agricultural times when a squat race of Mongoloids roved over Europe with their flocks and herds—were rooted in the most revolting fertility-rites of immemorial antiquity. Ibis secret religion, stealthily handed down amongst peasants for thousands of years despite the outward reign of the Druidic, Graeco-Roman, and Christian faiths in the regions involved, was marked by wild "Witches' Sabbaths" in lonely woods and atop distant hills on Walpurgis-Night and Halloween, the traditional breeding-seasons of the goats and sheep and cattle; and became the source of vast riches of sorcery-legend, besides provoking extensive witchcraft—prosecutions of which the Salem affair forms the chief American example. Akin to it in essence, and perhaps connected with it in fact, was the frightful secret system of inverted theology or Satan-worship which produced such horrors as the famous "Black Mass"; whilst operating toward the same end we may note the activities of those whose aims were somewhat more scientific or philosophical—the astrologers, cabalists, and alchemists of the Albertus Magnus or Raymond Lully type, with whom such rude ages invariably abound. The prevalence and depth of the mediæval horror-spirit in Europe, intensified by the dark despair which waves of pestilence brought, may be fairly gauged by the grotesque carvings slyly introduced into much of the finest later Gothic ecclesiastical work of the time; the dæmoniac gargoyles of Notre Dame and Mont St. Michel being among the most famous specimens. And throughout the period, it must be remembered, there existed amongst educated and uneducated alike a most unquestioning faith in every form of the supernatural; from the gentlest doctrines of Christianity to the most monstrous morbidities of witchcraft and black magic. It was from no empty background that the Renaissance magicians and alchemists—Nostradamus, Trithemius, Dr. John Dee, Robert Fludd, and the like—were born.

In this fertile soil were nourished types and characters of sombre myth and legend which persist in weird literature to this day, more or less disguised or altered by modern technique. Many of them were taken from the earliest oral sources, and form part of mankind's permanent heritage. The shade which appears and demands the burial of its bones, the dæmon lover who comes to bear away his still living bride, the death-fiend or psychopomp riding the night-wind, the man-wolf, the sealed chamber, the deathless sorcerer —all these may be found in that curious body of mediæval lore which the late Mr. Baring-Gould so effectively assembled in book form. Wherever the mystic Northern blood was strongest, the atmosphere of the popular tales became most intense; for in the Latin races there is a touch of basic rationality which denies to even their strangest superstitions many of the overtones of glamour so characteristic of our own forest-born and ice-fostered whisperings.

Just as all fiction first found extensive embodiment in poetry, so is it in poetry that we first encounter the permanent entry of the weird into standard literature. Most of the ancient instances, curiously enough, are in prose; as the werewolf incident in Petronius, the gruesome passages in Apuleius, the brief but celebrated letter of Pliny the Younger to Sura, and the odd compilation On Wonderful Events by the Emperor Hadrian's Greek freedman, Phlegon. It is in Phlegon that we first find that hideous tale of the corpse-bride, Philinnion and Machates, later related by Proclus and in modem times forming the inspiration of Goethe's Bride of Corinth and Washington Irving's German Student. But by the time the old Northern myths take literary form, and in that later time when the weird appears as a steady element in the literature of the day, we find it mostly in metrical dress; as indeed we find the greater part of the strictly imaginative writing of the Middle Ages and Renaissance. The Scandinavian Eddas and Sagas thunder with cosmic horror, and shake with the stark fear of Ymir and his shapeless spawn; whilst our own Anglo-Saxon Beowulf and the later Continental Nibelung tales are full of eldritch weirdness. Dante is a pioneer in the classic capture of macabre atmosphere, and in Spenser's stately stanzas will be seen more than a few touches of fantastic terror in landscape, incident, and character. Prose literature gives us Malory's Morte d'Arthur, in which are presented many ghastly situations taken from early ballad sources— the theft of the sword and silk from the corpse in Chapel Perilous by Sir Galahad—whilst other and cruder specimens were doubtless set forth in the cheap and sensational "chapbooks" vulgarly hawked about and devoured by the ignorant. In Elizabethan drama, with its Dr. Faustus, the witches in Macbeth, the ghost in Hamlet, and the horrible gruesomeness of Webster we may easily discern the strong hold of the dæmoniac: on the public mind; a hold intensified by the very real fear of living witchcraft, whose terrors, wildest at first on the Continent, begin to echo loudly in English ears as the witch-hunting crusades of James the First gain headway. To the lurking mystical prose of the ages is added a long line of treatises on witchcraft and dæmonology which aid in exciting the imagination of the reading world.

Through the seventeenth and into the eighteenth century we behold a growing mass of fugitive legendry and balladry of darksome cast; still, however, held down beneath the surface of polite and accepted literature. Chapbooks of horror and weirdness multiplied, and we glimpse the eager interest of the people through fragments like Defoe's Apparition of Mrs. Veal, a homely tale of a dead woman's spectral visit to a distant friend, written to advertise covertly a badly selling theological disquisition on death. The upper orders of society were now losing faith in the supernatural, and indulging in a period of classic rationalism. Then, beginning with the translations of Eastern tales in Queen Anne's reign and taking definite form toward the middle of the century, comes the revival of romantic feeling—the era of new joy in nature, and in the radiance of past times, strange scenes, bold deeds, and incredible marvels. We feel it first in the poets, whose utterances take on new qualities of wonder, strangeness, and shuddering. And finally, after the timid appearance of a few weird scenes in the novels of the day—such as Smollett's Adventures of Ferdinand, Count Fathom—the release instinct precipitates itself in the birth of a new school of writing; the "Gothic" school of horrible and fantastic prose fiction, long and short, whose literary posterity is destined to become so numerous, and in many cases so resplendent in artistic merit. It is, when one reflects upon it, genuinely remarkable that weird narration as a fixed and academically recognized literary form should have been so late of final birth. The impulse and atmosphere are as old as man, but the typical weird tale of standard literature is a child of the eighteenth century.

Wonderful post-enjoyed this very much:) Raven-you should give it a try here-I would love to read it:)